India is a diverse nation with vast borders and huge coastline. This diversity along with the present security scenario poses peculiar challenges to national security and defense. However, the country is still heavily reliant on imported weapons and technologies. The Government of India has given special impetus to upscale, promote and increase the participation of Indian companies and manufacturers in defense sector. In today’s competitive and highly technological ecosystem, Technology Development Board (TDB) is an important cog in the wheel of indigenous technology development. Towards this TDB has made concerted and proactive efforts towards outreach to various industries and Industrial organizations.

In continuation to MoU signed between TDB and PHD Chambers of Commerce and Industry (PHDCCI) to scout for emerging technologies/ technological areas of National Importance, an interactive session in order to share the objectives and policies of TDB, for the Defence and Homeland Security Industry, was organized at PHD House (Shriram Hall), August Kranti Marg, New Delhi on 07th Aug 2018. A large number of industries participated in the interactive session wherein the industry was appraised about the mandate and proactive role of TDB towards technology development. During the discussion various policy and procedures were clarified to the industrial representatives. The industries like L&T, Punj Lloyd, Reliance Group, DCM Sriram, SAAB, Lockheed Martin, Safran etc participated in the interaction. It is expected that in lines of TDB’s funding to TATA SED for up-scaling and commercialization of DRDO-developed prototype defence technologies, TDB will be able to scout and work collaboratively with other private sector players to meet increasing demands of defence products. 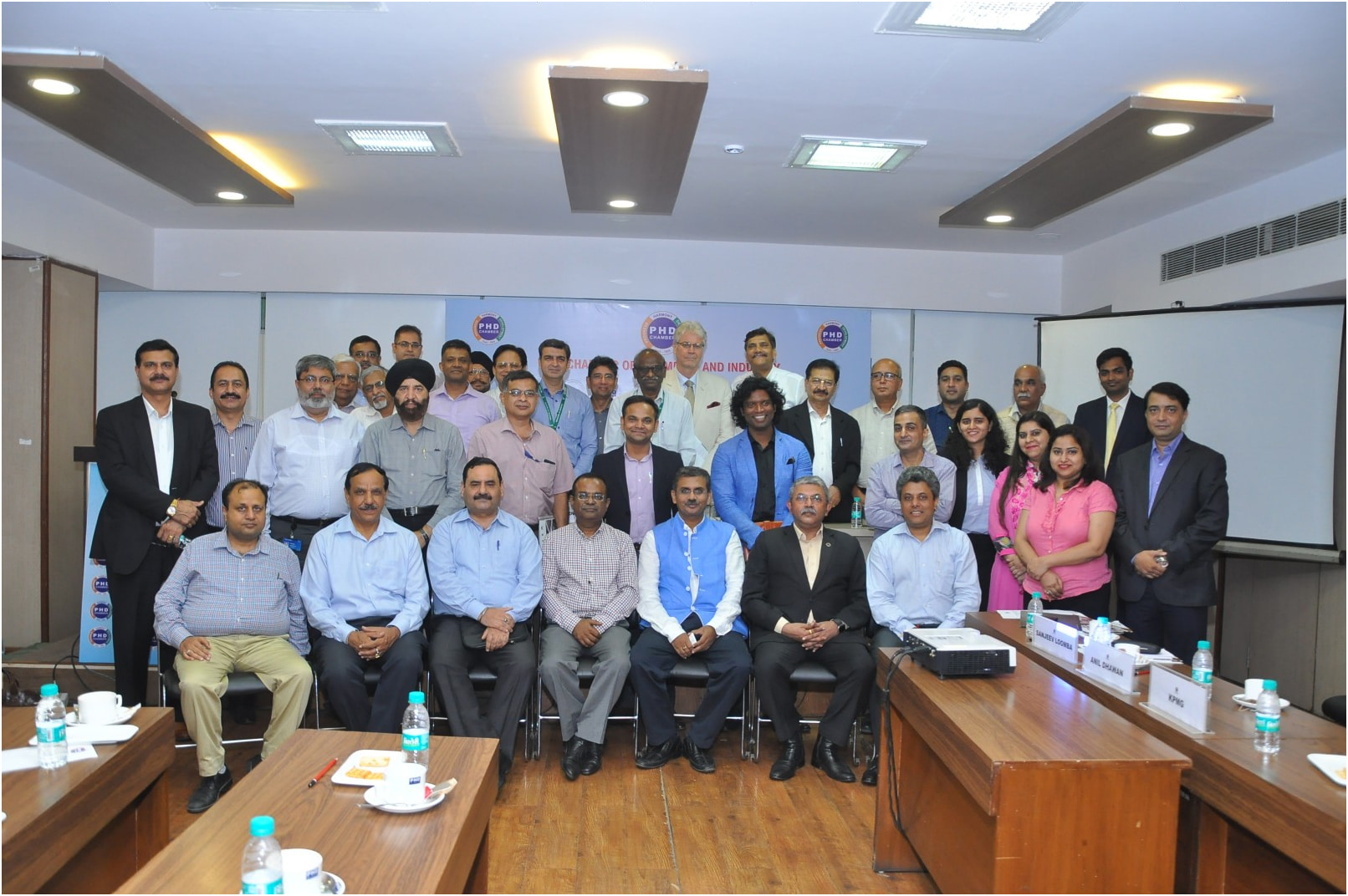